“Los Angeles is where the future happens—only sooner. LA n Sync is demonstrating that Los Angeles is collaborative, innovative and poised to change.”

In 2009, the White House announced the launch of the Neighborhood Revitalization Initiative, designed to create systems change in communities where services were scarce and cycles of poverty were prevalent. At the same time, the Annenberg Foundation was evaluating several high-poverty neighborhoods in Los Angeles County, with a focus on addressing the interconnected problems existing in these communities with interconnected solutions.

Formed by the Annenberg Foundation and other key Los Angeles funders, the Los Angeles Neighborhood Revitalization Workgroup sought to bring these efforts together, maximizing collaboration and synergy between sectors to align, coordinate, and integrate public and philanthropic investments in order to attract large-scale funding opportunities from government and private philanthropic entities.

In early 2013, LA n Sync was officially launched as an initiative of the Annenberg Foundation to help secure major funding for Los Angeles County. In partnership with local and regional organizations throughout the public, private, philanthropic, academic and nonprofit sectors, it has seen incredible success, helping bring more than $636 million in grants and priority funding to federal designations to the region.

In 2016, LA n Sync joined forces with one of its founding partners to become an initiative of the California Community Foundation. With a mission to lead systemic change and a billion-dollar commitment to improve the well-being of Los Angeles residents, the California Community Foundation is uniquely suited to build on LA n Sync’s success and help it expand into new areas, such as increasing advocacy efforts, maximizing L.A.’s share of entitlement dollars and expanding private funding to the region. 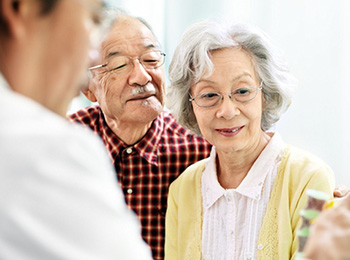 Sign up to get LA n Sync's
newsletter and updates

If you’d ike to request support from LA n Sync, please email us at LAnSync@calfund.org.